Bid farewell to your daily routine, and say salut to savoir-vivre! With delicacies from Lyons and wines from the Côte d’Or, Beaujolais and Burgundy, the south of France is bound to suit your tastes. What’s more, the landscapes you’ll see on these cruises are also an absolute delight. Discover the beauty of every single port of call on your A-ROSA river cruise.

RIVER CRUISES ON THE RHÔNE 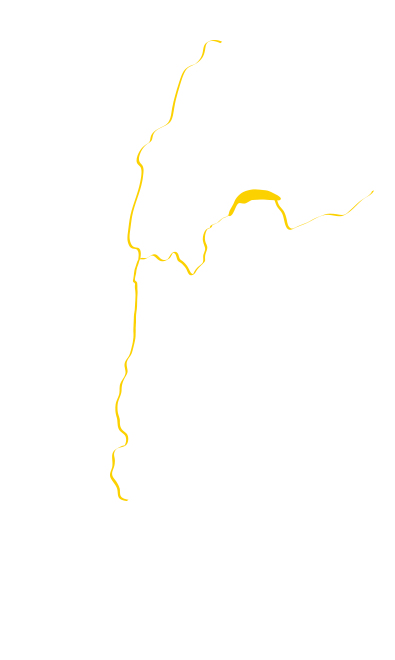 A river cruise through impressionist landscapes and the kitchens of gourmets.

In the early 14th century, the papal seat suddenly had to be transferred to Avignon due to power struggles in Rome. This was to change the city forever. The most obvious impact was on the cityscape. As well as the mighty new Palais des Papes, Avignon was also given Gothic churches, monasteries and other splendid buildings that visitors can still marvel at today. The Pope brought more and more people to the city, too: scholars, sculptors, architects, craftsmen and merchants. They helped make Avignon what it is today: one of Europe’s most beautiful cities.

Stroll through the old town, past charming half-timbered facades and right onto the square in front of the Cathédrale Saint-Vincent, which dates back to the eighth century. Then, enjoy a cool glass of local Chardonnay. In Chalon-sur-Saône, millennia-old history meets modern lifestyle and culture – as in so many other small towns and cities along this tranquil river. The city is also known as the birthplace of photography: the Musée Nicéphore Niépce, a photography museum at the Quai des Messageries, is clear evidence of this.

In 1888, Vincent van Gogh saw the sun in Provence as blazing, with the most intense yellow rays, like golden rain. Arles, at the heart of this region, is where he mixed the bright yellow paint for his famous Sunflowers series. Although the artist only lived in the city on the Rhône for a short time, his paintings brought it worldwide fame. Everyone knows The Langlois Bridge at Arles. Two thousand years earlier, it was the Romans who had settled here on the banks of the river. The two-storey Arles Amphitheatre and the Roman Theatre of Arles, which was built during the reign of Emperor Augustus, bear witness to this. Arles is also home to great museums: the Musée Réattu’s collection includes paintings by Pablo Picasso. A unique city and a true artistic treasure.

Wild, untamed Camargue. Flocks of pink flamingos take to the air above the marshlands, white Camargue horses gallop through the shallow water and great herds of black bulls graze on the steppe-like plain. Like a forgotten paradise, this landscape nestles between the two arms of the Rhône, which splits into the Petit Rhône and the Grand Rhône north of Arles. The river flows towards the sea, irrigating the terrain as it does so. This is why the Camargue is so marshy, with water and land merging into one another.

France’s oldest city has a wild past. The sea brought several waves of migration with it, turning this port city into a bastion of multiculturalism. Conquerors came to the city by sea as well – and in 1720, so did the plague. To this day, there is a sense of daring in the Marseille air, which perhaps partly explains why French hip-hop was born here. Thanks to its long history, this city is the cultural centre of the south of France. Marseille – the European Capital of Culture in 2013 – continues to impress its residents and visitors with its diverse museums, theatres and architectural masterpieces. And if you’d like to try a really good bouillabaisse, you’ve come to the right place. Bon appétit!

Lyon, the ‘Gate to the South’, is a city that really appeals to the senses. It is home to producers of the finest silk fabric, playful Renaissance buildings and France’s world-famous gourmet cuisine. Situated at the junction of the Rhône and Saône rivers, Lyon is characterised by the typical French savoir-vivre – the appreciation of the good life. The two rivers flow through the middle of the old town, Vieux Lyon, in which the narrow streets are connected to each other by passageways called traboules. Often covered with pointed arches and richly decorated with beam ceilings, they lead into picturesque inner courtyards.

Provence is a riot of purple in the summer, thanks to its lavender fields. The air is full of the heady scent of wild herbs, while chirping cicadas provide a natural soundtrack. It’s no wonder that this magical region was a source of unending fascination for great painters such as van Gogh and Cézanne. The entire landscape, unique and intense, is like an impressionist’s paintbox.